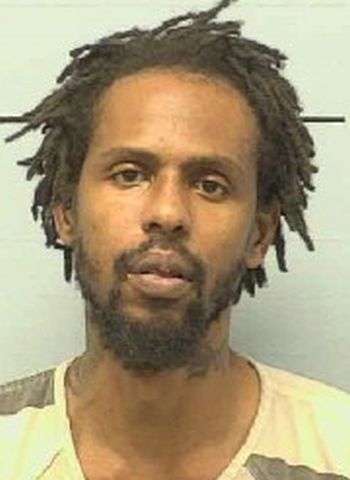 39-year-old William Lavar Brawley of Walker Road in Morganton has been arrested by Burke County Sheriff’s Officers on felony counts of trafficking in opium or heroin, possession of a schedule II controlled substance, and possession with intent to manufacture, sell, or deliver a schedule II controlled substance. He was also charged with two felony counts of possession of a firearm by a convicted felon.

According to a press release issued today (January 13), on January 5, a Burke County Deputy stopped a vehicle for an equipment violation on Interstate 40 near exit 116. A K-9 unit was called in, and the dog gave a positive alert on the vehicle.

Deputies conducted a search of the vehicle and its occupants. William Lavar Brawley was found to be in possession of approximately 600 oxycodone hydrochloride pills, 38 grams of powdered fentanyl, seven grams of black tar heroin, and numerous alprazolam pills. Officers also found drug paraphernalia and two firearms. 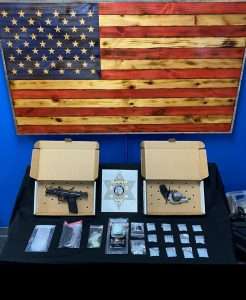 Brawley was jailed under a $200,000 secured bond. He remained in custody as of this afternoon. He’ll appear in District Court on January 27 in Morganton.