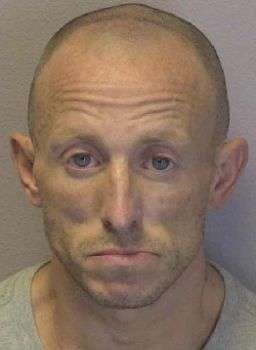 Williams was arrested following a traffic stop on I-40, just east of Highway 321. During the stop, Officers found a Walther P22 handgun and drug paraphernalia. Additional outstanding warrants were served.

The outstanding warrants include failure to appear and a bill of indictment for possession of methamphetamine. Williams allegedly failed to appear in court for driving while license revoked, possession of stolen goods or property, failure to heed a light or siren, reckless driving to endanger, unauthorized use of a motor vehicle, injury to personal property, and speeding.

Williams was taken into custody without incident. He was jailed in the Catawba Co. Detention Facility under an $80,500 secured bond. District Court appearances were scheduled today and for October 26. A Superior Court appearance is coming up on September 21.