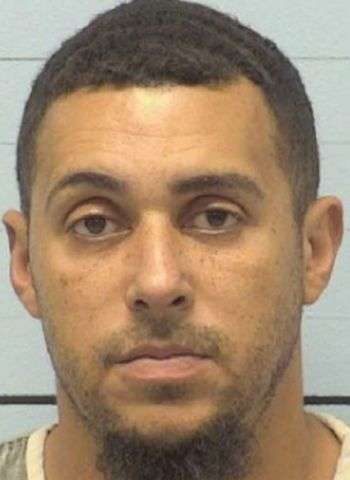 40-year-old Erik Bradley Brittain of Woodlea Drive in Morganton was arrested Friday (April 30) by Burke County Sheriff’s Officers. He was charged with felony counts of trafficking in opium or heroin (fentanyl) and flee to elude arrest with a motor vehicle. In addition, Brittain is charged with misdemeanor counts of driving while license revoked and failure to heed light and/or siren. Morganton Public Safety charged Brittain with misdemeanor agressive driving.

On Friday, Burke County Sheriff’s Office Narcotics Investigators and the Morganton Department of Public Safety (MDPS) concluded an investigation into the trafficking of fentanyl allegedly involving Erik Bradley Brittain. While conducting surveillance at a business in Drexel, investigators saw Brittain get into a blue sedan vehicle and drive away.

A Sheriff’s Deputy, knowing Brittain did not have a valid driver’s license, attempted a traffic stop on Hwy 70 traveling towards Morganton. Brittain accelerated and the deputy observed Brittain throw a bag out of the car window while on Fleming Drive. Morganton Public Safety Officers retrieved the bag. The chase continued until Brittain stopped at the intersection of Burkemont and Hopewell Road and was taken into custody.

Brittain was booked into the jail but posted bond and was released six hours later. The bag thrown from the vehicle reportedly contained 108 grams or nearly four ounces of fentanyl. The news release issued by the Sheriff’s Office says this amount has the potential to cause more than 50,000 overdoses.

Brittain’s bond was set at $126,000 secured, he posted bond within six hours and was released. This suspect was previously arrested by Morganton Public Safety on April 28 following a reported pursuit with police. In addition, as WHKY previously reported, Brittain was arrested on April 21 by Public Safety in connection to an alleged assault with a knife. In both of these previous cases, Brittain posted bond within less than two hours. His next District Court date on the charges filed Friday is May 24. He also has District Court dates May 10, May 13, and July 8.