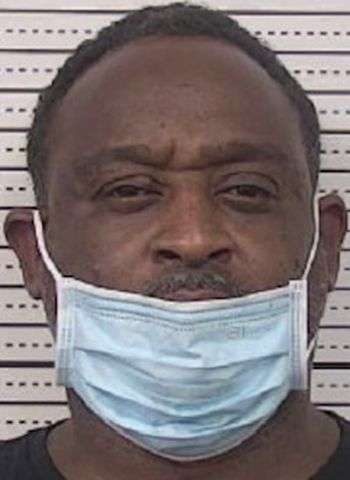 43-year-old Rodrick Duane Dula of Idlewood Street in Lenoir was arrested last Wednesday (August 17) by the Caldwell County Sheriff’s Office and Lenoir Police Department. He’s charged with two felony counts of trafficking in cocaine and one felony count of maintaining a vehicle, dwelling, or place for controlled substance. WHKY previously reported on Dula’s arrest, more information has been released.

When the K-9 officer arrived, Dula reportedly grabbed a package from the vehicle and attempted to flee the area on foot. He was apprehended and allegedly found to be in possession of approximately 1,000 grams of cocaine and more than $1,100 cash.

Shortly after Dula was taken into custody, Caldwell County Narcotic Agents executed a search warrant at his residence. The search of the residence resulted in the seizure of numerous firearms and more than $3,200 in cash. The drugs seized during the investigation have a total street value of $200,000 according to North Carolina State Drug Guidelines.

Dula remained in the Caldwell County Detention Center as of earlier today (August 24) under $500,000 secured bond. His next District Court date is set for September 8.