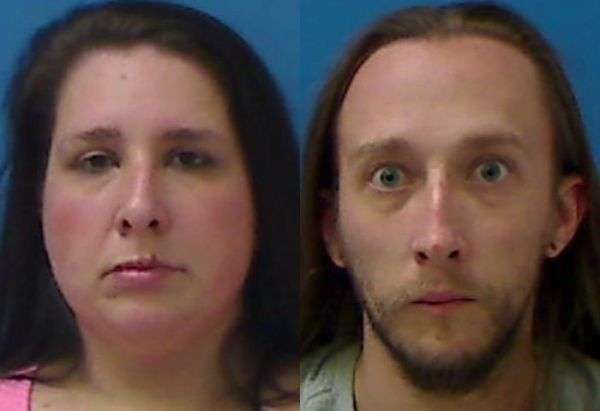 Miller is also charged with possession of marijuana up to one-half ounce, felony probation violation, along with brake light and window tint violations. Vono is additionally charged with parole violation.

On Monday, deputies with the Catawba County Sheriff’s Office Patrol Division conducted a traffic stop along the 2300 block of Springs Road. The vehicle was stopped for brake light and window tint violations. During the stop a Sheriff’s Office K-9 alerted to the presence of narcotics inside the vehicle in question.

Deputies reportedly found 30.29 grams of methamphetamine. The meth was separated among six small plastic bags. Deputies also seized 1.38 grams of marijuana and several items of drug paraphernalia. Miller, the driver and Vono, a passenger, were arrested at the scene.

They both remained in jail as of earlier today (July 20). District Court appearances were scheduled for both suspects August 10. Vono had a court date scheduled today (July 22) on the parole violation and Miller is scheduled to appear in court next Monday (July 26) for the probation violation.

Suspects In January Murder Reportedly Granted Bond, Remained In Jail As Of This Morning