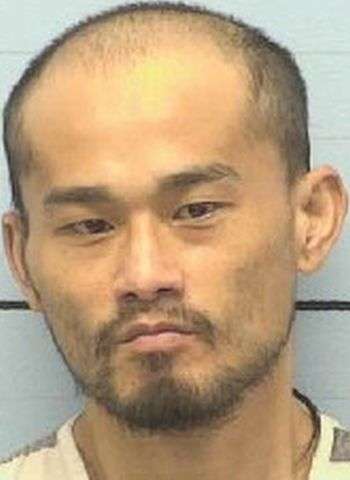 On Monday at 9:23 a.m., Morganton Department of Public Safety Officers responded to Roses Discount Store on East Fleming Drive in reference to an armed robbery. The cashier said that a man walked around the counter with a box-cutter knife and pointed it at her. The suspect told the cashier that he would cut her, if she didn`t give him all the money in the register.

The cashier refused to give him any money and kept pushing him away. The suspect eventually gave up, stole a Sun Drop drink from the store instead, and ran out the door. The suspect was described as wearing a blue raincoat with the hood up, a blue medical mask, and dark pants that may have been blue jeans.

A witness walked into the store right as the robbery was happening. At first the witness just thought they were “play-fighting” with one another, until he figured out it wasn’t pretend. The witness yelled at the suspect to stop and the suspect left the store.

Another witness said the man traveled to the store on a bicycle and fled the scene on it. Footage of the incident was reviewed by investigators and Johny Lee was identified as a possible suspect. He was found shortly before 3 p.m. at an address on Burke Drive in Morganton. He was found with the bicycle he was riding and the clothing he was reportedly wearing at the scene of the crime.

Lee was placed in the Burke County Jail under $80,000 secured bond. He remained in jail as of earlier today (June 9). A District Court appearance is scheduled Thursday (June 10).

Hickory Man Charged With Being On Premises Unlawfully