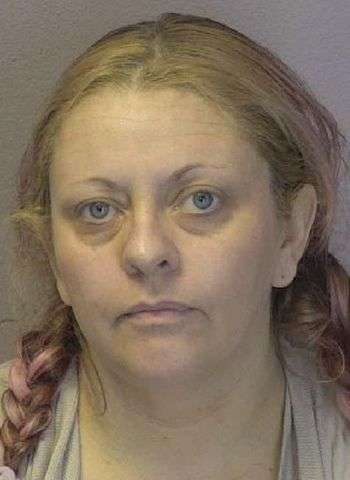 More information has been released in the arrest of 46-year-old Kimberly Dawn Hensley of Leicester, in Buncombe County, N.C. She was arrested by Hickory Police Saturday (February 27) on felony counts of possession of a schedule II controlled substance, identity theft, and obtaining property by false pretenses. Her arrest was initially reported by WHKY on Monday (March 1).

She was arrested after Officers responded to an auto dealership on Highway 70 S.W. in Hickory. The suspect allegedly presented fraudulent documents in an attempt to purchase a vehicle. During Hensley’s arrest, Police reportedly found 0.2 grams of methamphetamine.

Hensley was taken into custody without incident at 1:45 Saturday afternoon at the dealership. She was placed in the Catawba Co. Detention Facility under a $40,000 secured bond. She has since been released. A first appearance in District Court was scheduled Monday with another court date coming up on March 22, both in Newton. Hensley will also appear in a Buncombe County courtroom on April 1 on several felony charges.