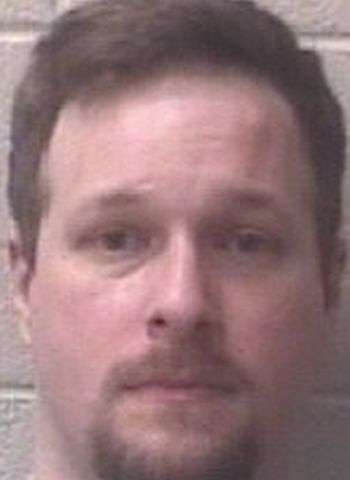 More information has been released in the case involving an Alexander County man who faces more than 100 charges. As reported previously on WHKY, 32-year-old Michael Justin Childers of Taylorsville was arrested last Thursday (March 4) by officers with the Alexander County Sheriff’s Office and Taylorsville Police Department.

More information on the case was released late Friday afternoon (March 5) and additional charges were filed against Childers. On Friday the suspect was charged with five felony counts apiece of secret peeping and possession of secret peeping material. The new charges stem from a continuing investigation that began in December of 2020. Three of the peeping charges stem from Ellendale Elementary School, and two stem from Wittenburg Elementary School. At this time, there are no known underage victims from either school.

On December 1, 2020, a camera was found in a staff bathroom at Wittenburg Elementary School. The Sheriff’s Office began an investigation and arrested Michael Justin Childers and initially charged him with one secret peeping count. Childers was employed as a custodian at Wittenburg Elementary School and Ellendale Elementary School. The investigation reportedly revealed that Childers was involved in these same illegal activities during his previous employment at Walmart. The previously filed charges, including the indecent liberties counts, are connected to that time period.

Childers was given an additional secured bond of $100,000 after the new charges were filed Friday, increasing the total to $1,350,000 secured. A District Court appearance was scheduled today (March 8).

Woman Struck And Killed By Vehicle