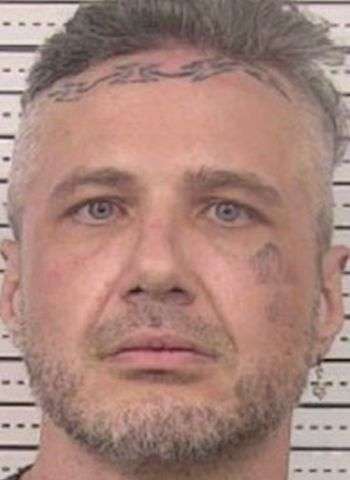 More information has been released in connection to the arrest of 34-year-old Brooks William Atkins of N.W. Abington Road in Lenoir, first reported last Thursday (September 1) on WHKY. Atkins was arrested last Wednesday (August 31) by Caldwell County Sheriff’s Officers on felony counts of first-degree kidnapping, assault by strangulation, and assault on a female. He was also charged with a misdemeanor parole violation.

At about 9:40 p.m. on the 31st, the Sheriff’s S.W.A.T. Team executed a search warrant at an address on Buccaneer Way in Lenoir, leading to Atkins’ arrest. He was wanted in connection to a case involving a female victim. The incident occurred on July 22 at an address on Enloe’s Place in Hudson. Warrants for Atkins’ arrest were issued on July 27. Deputies attempted to serve the warrants on multiple occasions.

Deputies were able to pinpoint Atkins’ location after tracking his online communication through Facebook and determining his whereabouts through an internet service provider. He was taken into custody without incident.

He was staying with 52-year-old Aaron Wayne Douglas and 40-year-old Lisa Marie Miller Douglas at the Buccaneer Way address. Deputies previously spoke with the couple regarding Atkins’ status as a wanted person. They were charged with harboring a fugitive, as reported Friday (September 2) on WHKY.

The parole violation against Atkins is connected to an attempted assault by strangulation conviction in April of 2022 with a parole date in July of 2022. Atkins was also found in contempt of court during his appearance before the Caldwell County Magistrate.