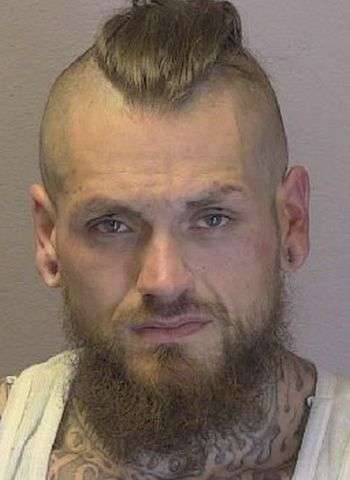 More information has been released in the arrest of 30-year-old Ryan Adrian Davis of Hemlock Drive in Taylorsville (also listed as Hemlock Drive in Hiddenite), who was taken into custody by Hickory Police at about 10:20 last Wednesday night (June 2). He was charged with possession of a firearm by a felon (two counts), possession of a stolen firearm, and possession with intent to manufacture, sell, & deliver a schedule IV controlled substance.

Davis was arrested as Hickory Police assisted Probation Officers at a residence on 18th Avenue N.E. in Hickory. During the incident, Officers reportedly found four dosage units of Xanax, two 9mm handguns (one of which was stolen), and drug paraphernalia.

According to H.P.D.’s arrest report, Davis was taken into custody after he resisted Probation Officers. He remains in jail in the Catawba County Detention Facility with bond set at $85,000, secured. A first appearance in District Court was scheduled last Thursday (June 3) in Newton with his next court date coming up on June 17.