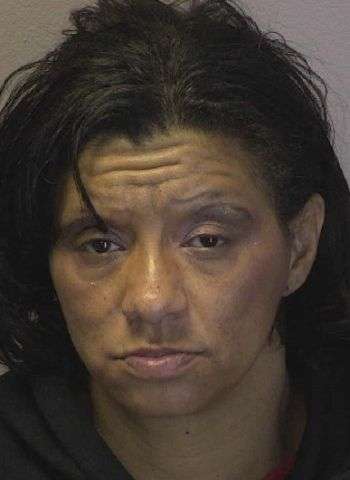 More information has been released in the arrest of 41-year-old Angela Deneice James of 14th Avenue Drive N.E. in Hickory. She was arrested by Hickory Police yesterday (March 8) on felony counts of trafficking in methamphetamine, trafficking in opium or heroin, possession with intent to sell & deliver marijuana, possession of cocaine, possession with intent to manufacture, sell, or deliver methamphetamine, and maintaining a vehicle, dwelling, or place for a controlled substance. She was also charged with misdemeanor counts of possession of drug paraphernalia, possession of marijuana paraphernalia, and simple possession of a schedule IV controlled substance. Her arrest was first reported yesterday on WHKY.

James was taken into custody without incident. She initially refused to fingerprinted or photographed. James was jailed in the Catawba Co. Detention Facility under a $200,000 secured bond. She remained in jail as of this afternoon. A first appearance in District Court was scheduled yesterday in Newton with another court date set for March 29.

Shooting Under Investigation In Hickory

On Wednesday (April 7) at approximately 10:40 p.m., Hickory Police Officers responded to an address…

For the second straight day, there were no COVID-19-related deaths reported in the Hickory Metro.…

38-year-old Gary Wayne Hurt, who is listed as a homeless person from Hickory, was arrested…