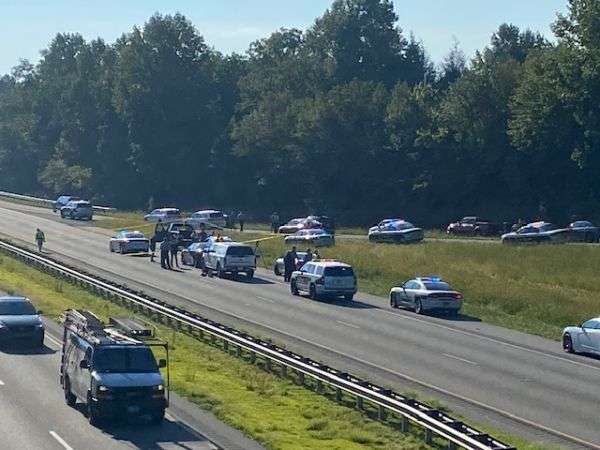 Full details have been released regarding Tuesday’s (September 20) officer-involved shooting on Interstate 40 in Burke County. The North Carolina State Bureau of Investigation (SBI) released information on the case.

On Tuesday, at approximately 6:45 a.m., the North Carolina State Highway Patrol was notified of multiple hit and run traffic collisions occurring between McDowell and Burke Counties and a subsequent related armed kidnapping on I-40 eastbound near mile marker 114. It was reported that the involved individual was occupying the truck bed of the kidnapped victim’s vehicle traveling on I-40 eastbound.

A sergeant with the State Highway Patrol arrived in the area locating the involved vehicle which had pulled to the shoulder of the roadway. The officer encountered the suspect, a woman who was in the bed of the truck. The suspect fired shots at the officer, and he returned fire striking the suspect. Once the scene was secured, authorities began life-saving procedures until emergency personnel arrived. Emergency personnel transported the suspect from the scene, and she was last reported to be in stable condition. The involved officer was not injured.

Authorities were continuing to make attempts to positively identify the suspect. Sergeant Aaron Johnson is identified as the involved member and is a 19-year veteran stationed in Troop F, District 1, which is in Burke County. Johnson has been placed on administrative duty, which is agency protocol in any member-involved shooting.

The SBI will oversee the investigation of the officer-involved shooting, while the State Highway Patrol is continuing the ongoing investigation into the suspects actions. Charges are expected.