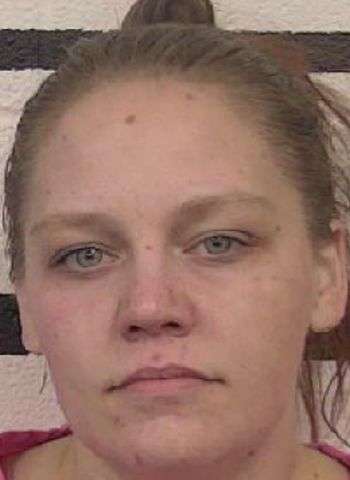 29-year-old Elizabeth Jane Lewis of Small Circle in Lenoir was arrested last Friday (November 20) by Lenoir Police Officers. The charges listed against her are felony counts of trafficking in opium or heroin, maintaining a vehicle, dwelling or place to keep controlled substance, possession with intent to manufacture sell and deliver heroin, and possession of methamphetamine along with a misdemeanor count of driving while license revoked. WHKY previously reported on Lewis’ arrest.

Last Friday, members of the Lenoir Police Department Patrol Division executed a traffic stop on a 2005 Jeep Cherokee at approximately 2:00 a.m. for a traffic violation. At the time of the stop, the vehicle was solely occupied by the driver, Elizabeth Jane Lewis. During the investigation a K9 Officer conducted a sniff of the exterior of the vehicle for the presence of illegal narcotics.

The K9 alerted to the presence of illegal narcotics which resulted in a search of the vehicle. With assistance from the Lenoir Police Narcotics Unit officers located eight grams of suspected fentanyl, six Xanax pills, U.S. Currency, and assorted drug paraphernalia.

Lewis was placed into custody and transported to the Caldwell County Magistrate’s Office where she was charged. Once at the Caldwell County Detention Center, Elizabeth was searched again during booking procedures and found to be in possession of an additional .8 grams of methamphetamine. The total value of narcotics seized according to North Carolina Drug Guidelines was $4,800.00. More charges are possible.

Lewis was detained in the Caldwell County Detention Center under $40,300 secured bond. A District Court appearance is scheduled for December 14. Anyone with information relating to this or any other crime is asked to contact Crime Stoppers at 758-8300 or the Lenoir Police Department at 757-2100.