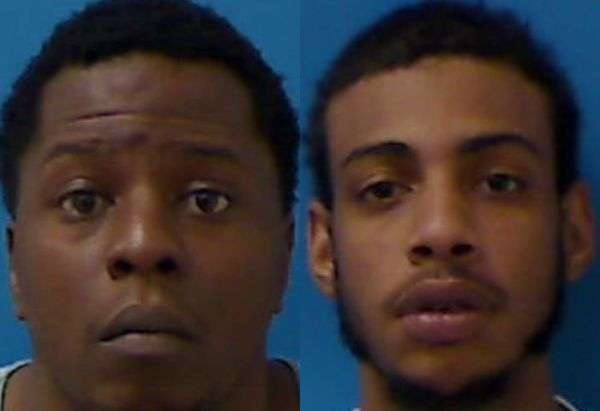 More information has been released in a robbery case first reported on WHKY last week. 24-year-old Alexander Lewis Mobley of Wilson, N.C. and 21-year-old Joshua Joel Colon of Rocky Mount, N.C. were arrested last Thursday (May 13) by Long View Police Officers. They’re each charged with robbery with a dangerous weapon.

Last Wednesday (May 12) at approximately 11:15 p.m. officers with the Long View Police Department responded to a reported armed robbery that at Spinners Internet Café on Highway 70 SW in Hickory. Upon arrival, officers learned that two suspects entered the business and demanded money. One of the suspects was armed with a handgun.

During the incident, the suspects attempted to take money from a cash register but were unsuccessful. Both suspects then fled the business in a silver colored Ford Crown Victoria and traveled east on Hwy 70. A short time later a Deputy with the Catawba County Sheriff’s Office conducted a traffic stop on the Crown Victoria at the Days Inn on Fairgrove Church Road in Conover.

Both suspects were jailed in the Catawba County Detention Facility. Mobley’s bond was set at $60,000, Colon received a $40,000 bond. They are not currently listed as inmates in Catawba County. They were scheduled to make District Court appearances last Friday (May 14).