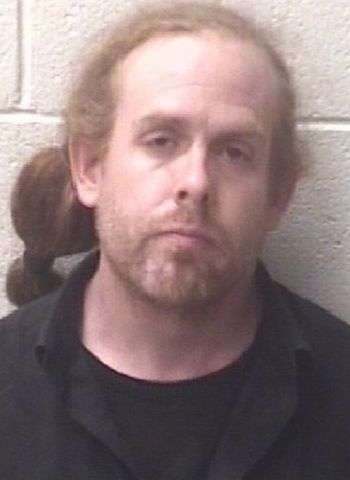 35–year-old Tony Timothy Martin of Taylorsville was arrested Friday (December 17) by Alexander County Sheriff’s Officers. He’s charged with felony counts of flee to elude arrest with a motor vehicle, larceny of a motor vehicle, assault with a deadly weapon on a law enforcement officer, and assault with a deadly weapon inflicting serious injury. Martin is also charged with four misdemeanor counts of resist, obstruct, and delay of an officer, two counts of injury to personal property and numerous traffic offenses.

As WHKY previously reported, Friday, at approximately 2:30 a.m., Alexander County Sheriff Office Deputies saw a blue Ford Explorer traveling through the Town of Taylorsville at a high rate of speed. The suspect vehicle then ran a stop sign, continuing to travel west on NC Hwy 90. Deputies, along with Officers from the Taylorsville Police Department began chasing the suspect on NC Hwy 64 West.

The suspect turned left, traveling south on NC Hwy 127. Another Deputy responded and placed “stop sticks” at Antioch Church Road and NC Hwy 127. The “stop sticks” were successful. The vehicle traveled west on Antioch Church Road, where the suspect vehicle was disabled. The suspect exited his vehicle and reportedly approached the Deputy in a very aggressive manner. The Deputy exited his vehicle and began giving verbal commands for him to stop and get on the ground.

The suspect did not comply with the Deputies orders and continued to approach the Deputy. He gained access to the Deputies vehicle and stole it. At that point, the Deputy discharged his service weapon in an attempt to stop the threat created by the suspect having access to county issued weapons inside the vehicle. The suspect continued fleeing in the patrol vehicle approximately half a mile with other Deputies still in pursuit.

The suspect turned into the parking at Antioch Baptist Church and back out onto the roadway, traveling east on Antioch Church Road. He drove into the west bound lane, reportedly ramming into a pursuing deputy vehicle. This action disabled both the patrol car he stole and the pursuing deputy’s patrol car. The suspect exited the stolen patrol vehicle, while other law enforcement officers arrived on scene and began giving verbal commands.

The suspect failed to comply with commands from law enforcement. Tasers were deployed but were unsuccessful. The suspect began to flee on foot through the graveyard of Antioch Baptist Church.

The Deputy involved in the ramming of his patrol car collapsed to the ground with a head injury. While Deputies aided the collapsed officer, Officers with the Taylorsville Police Department continued pursuing the suspect, who was apprehended a short distance later. The injured Deputy was transported by Alexander County EMS to a local hospital in Catawba County with non-life threatening injuries.

Martin was placed in the Alexander County Detention Center under $500,000 secured bond. A District Court appearance is scheduled Monday (December 20). This investigation is still ongoing by both Alexander County Sheriff Office and North Carolina State Bureau of Investigation.