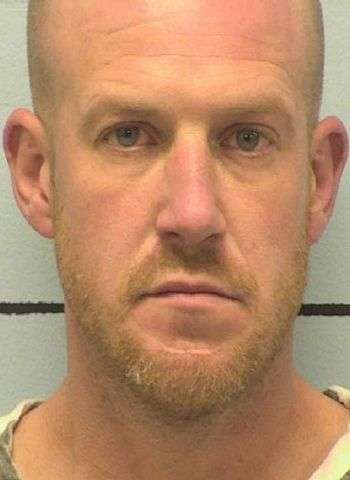 33-year-old Jeffrey Scott Ohmer of Putnam Street in Morganton was arrested last Friday (October 28) by Burke County Sheriff’s Officers. He’s charged with felony counts of trafficking methamphetamine, possession with intent to manufacture, sell, or deliver meth, and possession of a firearm by a felon along with a misdemeanor count of possession of drug paraphernalia. WHKY previously reported on Ohmer’s arrest, more details have been released.

According to information released Thursday (November 3), late last Thursday (October 27) Burke County Sheriff’s Office Narcotics Investigators conducted a traffic stop on Airport Rhodhiss Road and Old Drag Strip Street on a white and black in color Ford F-250. The occupant of the vehicle was identified as Jeffrey Scott Ohmer. A search of the vehicle reportedly resulted in the discovery of a large amount of meth, marijuana, a pistol, digital scales, and unused clear bags.

Ohmer was placed under arrest at approximately 2 a.m. Friday and was transported to the Burke County Jail where he was incarcerated under a $250,000 secured bond. He remained in jail as of earlier today (November 4) under that same bond amount. His next District Court date is November 17 in Morganton.