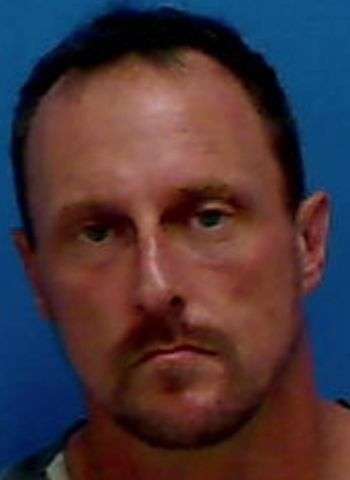 More details have been released regarding the arrest of a suspect following a reported chase last week.

39-year-old Jason Travis Shook of Viewpoint Road in Newton was arrested last Thursday (August 25) by Catawba County Sheriff’s Officers. He’s charged with two counts of trafficking in methamphetamine, and single counts of possession of a firearm by a felon, maintaining a vehicle, dwelling, or place for a controlled substance, fleeing to elude arrest with a motor vehicle, assault with a deadly weapon on a government official, felony possession of cocaine, resisting a public officer, and possession of drug paraphernalia. WHKY reported on Shook’s arrest last Friday (August 26).

On Thursday, investigators with the Catawba County Sheriff’s Office Narcotics Division attempted to stop a vehicle towing a boat as it traveled along Springs Road after discovering that vehicles registration was expired. Investigators initiated a vehicle pursuit after the driver, Jason Travis Shook, allegedly failed to stop.

Shook reporteldy led investigators on a four mile vehicle pursuit. During the pursuit Shook allegedly attempted to strike a law enforcement vehicle. The vehicle pursuit ended in a cul de sac on 55th Avenue NE. Shook then fled on foot and entered Lake Hickory. Shook attempted to evade capture by swimming away from shore. He ultimately returned to shore where he was apprehended.

A search of Shook and the vehicle he was operating resulted in the seizure of approximately $28,000 in US currency, nine ounces of meth and a small amount of cocaine. Investigators also recovered a firearm they saw Shook discard as he fled along Sulphur Springs Road.

The suspect was jailed in the Catawba County Detention Facility under a $250,000 bond. He remained in jail as of earlier today (August 30). His next District Court date is scheduled for September 15.