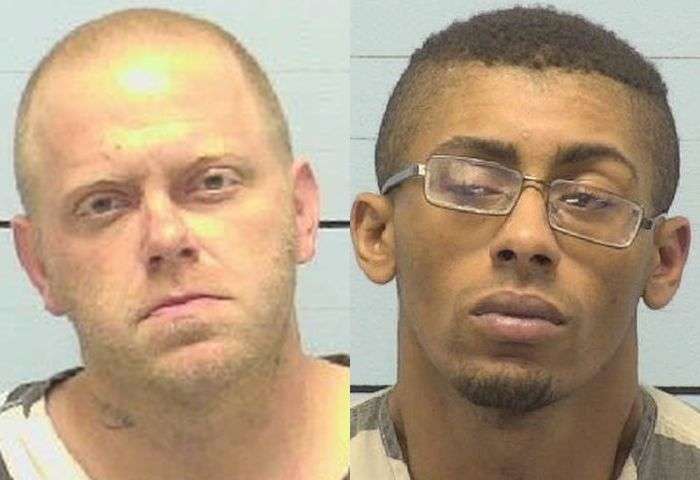 The Burke County Sheriff’s Office has released more information in the arrests of 31-year-old Gary Benjamin Stamper and 22-year-old Michael Ayinde Boyce, both of the same address on U.S. Highway 70A East in Hildebran. They were arrested on October 4, as reported by WHKY on October 5 & 6. They were each charged with felony counts of larceny and possession of stolen goods. Stamper was also served with an outstanding warrant from Catawba County for larceny of a motor vehicle.

Events leading to the arrests began on September 26 when the Sheriff’s Office took a report regarding the larceny of a Polaris Ranger Utility Task Vehicle and a utility trailer in the Rhodhiss area. The items were taken during the previous two days. Detectives launched an investigation and developed multiple suspects, resulting in the recovery of the Polaris Ranger. Detectives also learned that a U-Haul truck stolen in Hickory had been rented with a stolen identity and used in the theft. Hickory Police were notified and the truck was returned to the U-Haul rental center.

Gary Benjamin Stamper and Michael Ayinde Boyce were taken into custody. Bond for each man was set at$10,000, secured. They’ll both appear in Burke County District Court on October 28. Stamper also has a Catawba County court date coming up tomorrow (October 13).

Detectives are still looking for the stolen trailer. It’s a red 10×6 1996 Taylor utility trailer. Anyone with information should call the Sheriff’s Office at 828-764-9505.

Dr. Jeffrey Peal, a current member of the Alexander County Board of Commissioners, has died…