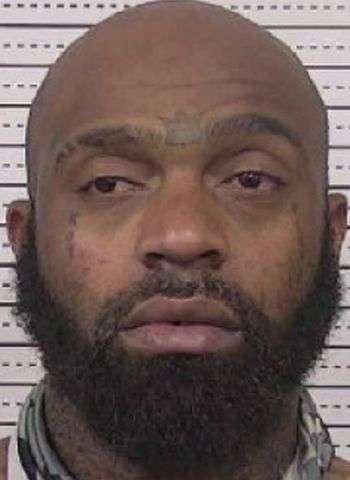 The Caldwell County Sheriff’s has released more information in the arrest of 36-year-old William Cornelius Gibbs, Jr. Gibbs was arrested by Sheriff’s Officers Tuesday (November 2) on charges of possession of a firearm by a convicted felon and speeding to elude arrest, as reported by WHKY the following day.

He was arrested when a Patrol Deputy attempted to stop a vehicle for a registration violation. Gibbs, who was driving, failed to stop and a vehicle chase ensued. Gibbs eventually stopped his vehicle and fled on foot into a wooded area near Tablerock Road in Lenoir. During the pursuit, Gibbs was seen discarding a .25 caliber pistol and a bag containing approximately 26 grams of a white powdery substance believed to be Fentanyl. Deputies eventually took Gibbs into custody on the back deck of a nearby residence. Officers from the Lenoir Police Department, the U.S. Department of Probation & Parole, and the N.C. State Highway Patrol assisted in the arrest.

Shortly after Gibbs was taken into custody, Officers executed a search warrant at Gibbs’ residence on Northwood Place in Lenoir. Three firearms with ammunition were found and seized. The firearms included a semi-automatic rifle, a bolt-action rifle, and a semi-automatic handgun.

Gibbs, who is currently on Federal Probation for prior convictions, was placed in the Caldwell County Detention Center under a $500,000 secured bond. He’ll appear in District Court on November 22 in Lenoir. Gibbs also has Caldwell County court dates on felony drug charges coming up on December 2 and January 5.