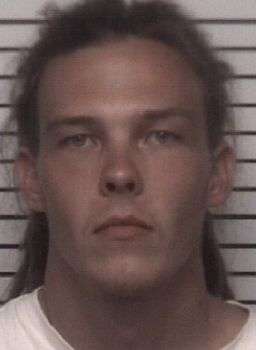 21-year-old John William Cox III of Brook Ridge Lane in Mooresville has been arrested by Iredell Co. Sheriff’s Officers on one felony count of possession with intent to sell & deliver a schedule I controlled substance (L.S.D.) and misdemeanor counts of possession of marijuana and possession of drug paraphernalia.

Events leading to Cox’s arrest began when Lake Patrol Officers received information from community members regarding a personal watercraft that had been operated in a reckless manner in the area of McCreary Creek on Lake Norman. Over several days, unsuccessful attempts to locate the watercraft were made.

On Saturday (August 29), Lake Patrol Deputies and North Carolina Wildlife Officers established a surveillance operation in the area. Wildlife Officers stopped John William Cox III, who was operating a personal watercraft. Lake Patrol Deputies arrived on the scene and spoke with Cox. Deputies found that Cox was in possession of 35 doses of L.S.D. and a small amount of marijuana.

Cox was taken into custody and placed in the Iredell Co. Detention Center under a $15,000 secured bond. He’ll appear in District Court on September 21.