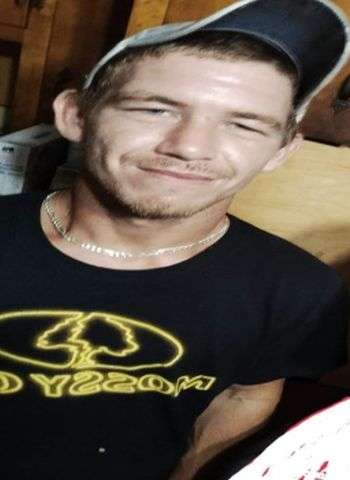 Authorities are asking for help in finding a man reported missing from Burke County. On October 22, 2022, Burke County Sheriff’s Officers took a report for a missing person at 8211 Teague Avenue, Lot 2, in Connelly Springs. 31-year-old Jason James Lee Sheffield was reported missing and was last seen by family on August 28, 2022 on South Fork Avenue in Hickory, which is in Burke County.

The Sheriff’s Office Investigations Division searched Sheffield’s last known residence, the surrounding area and began interviewing people known to associate with Mr. Sheffield. Investigators were able to find a family member that gave Mr. Sheffield a ride to his residence on Teague Avenue on September 19, 2022 but had not seen or heard from him since that date.

According to information provided by family and friends, Sheffield is also known to visit Drexel and Morganton in Burke County, and the Hickory area in Catawba County. He is described as a white male, 5’8″, 160 pounds, with brown hair and blue eyes. The investigation is ongoing and anyone with any information about Jason Sheffield’s whereabouts is asked to call the Burke County Emergency Communications Center’s non-emergency number of 828-438-5500.