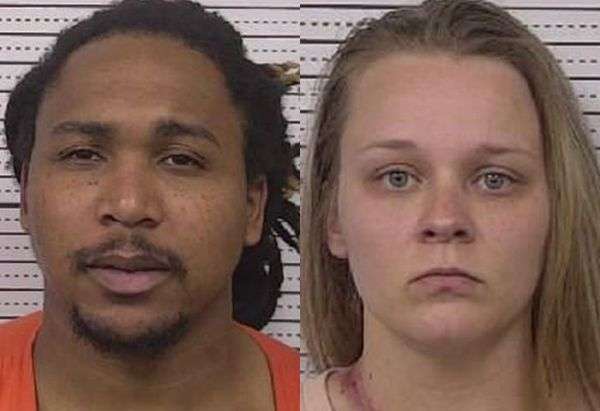 33-year-old Justin Marqui Caldwell and 28-year-old Stephanie Nicole Laws, both of Kite Drive in Lenoir, were arrested Wednesday (May 5) by Caldwell County Sheriff’s Officers. They’re each charged with two felony counts of trafficking in methamphetamine. The North Carolina Judicial Branch website also shows each suspect being charged with felony manufacture, sale, delivery, or possession of a controlled substance within 1,000 feet of a park.

Caldwell then fled on foot and was taken into custody by Deputies. He was found in possession of approximately 2,000 grams of methamphetamine, which is equal to 4.4 pounds. Laws was arrested without incident. The drugs seized during the investigation has a total street value of $300,000 according to North Carolina State Drug Guidelines.

The investigation was conducted in conjunction with the Alexander County Sheriff’s Office, North Carolina State Bureau of Investigation, Taylorsville Police Department and the Lenoir Police Department. The suspects were placed in the Caldwell Detention Center under $800,000 secured bond apiece. They were scheduled to appear in District Court today (May 6) in Lenoir.