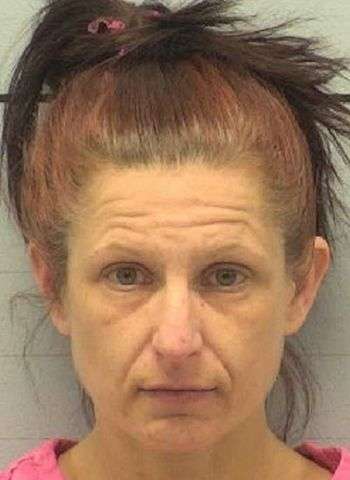 According to information released Wednesday (February 17), on February 5, 2021, a Burke County Sheriff’s Office Deputy initiated a traffic stop of a vehicle driven by Brandi Dyan Deal. She was stopped on South Sterling Street in Morganton when it was discovered that she did not have a license plate on the vehicle.

During a search of the vehicle, a trafficking amount of methamphetamine, along with marijuana and drug paraphernalia were reportedly seized. Deal was arrested and placed in the Burke County Jail under $25,500 secured bond. She remained in jail as of earlier today (February 18). A District Court appearance is scheduled for March 1.