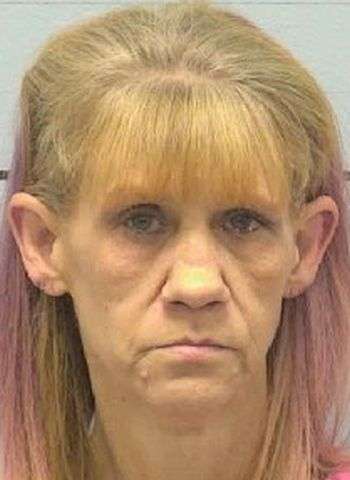 According to information released Thursday (December 10), on Sunday shortly before 2:30 a.m., Public Safety Officers responded to a traffic accident where a pick-up truck slid off the road down an embankment on Sanford Drive.

Contact was made with the driver, Tonya Baker, who said she was traveling on Sanford Drive, noticed police lights and thought it was a checkpoint. Baker said she attempted to turn around to avoid it but slid off the road. When officers approached the vehicle they noticed a small safe located underneath the bed of the truck on the ground.

After further investigation, and a search of the vehicle, drug paraphernalia and the keys to the safe were found. During a search of the small safe, approximately 190 grams of meth was found along with a small bag of marijuana and other drug-related items. Morganton Public Safety Criminal Investigations was contacted and responded to the scene to take over the case.

Baker was placed in the Burke County Jail under $25,000 secured bond. She is no longer listed as an inmate. A District Court appearance is scheduled for December 18.