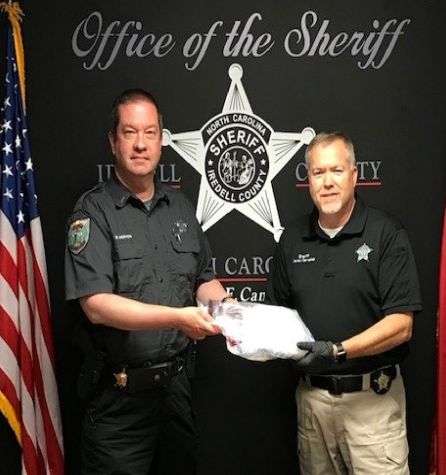 An area law enforcement agency reports the seizure of meth sent from across the country. On Friday, May 21, Iredell County Sheriff’s Office Narcotics Investigators received information about a package which was being delivered to a residence in Iredell County, which possibly contained a large amount of illegal narcotics.

Once the package was delivered to the residence, Iredell County Sheriff’s Office Narcotics Investigators took possession of it. The package contained over four pounds of crystal methamphetamine which had been shipped from California, to a fictitious person in Iredell County.

The package was delivered by a service. The investigation into this matter is on-going, and additional law enforcement agencies are investigating. The estimated street value of the meth is 180,000 dollars.

Hickory Man Charged With Being On Premises Unlawfully

57-year-old Randy Michael Rooney, who is listed as a homeless person from Hickory, was arrested…

12 new cases of COVID-19 were confirmed Thursday (May 20) by Catawba County Public Health,…