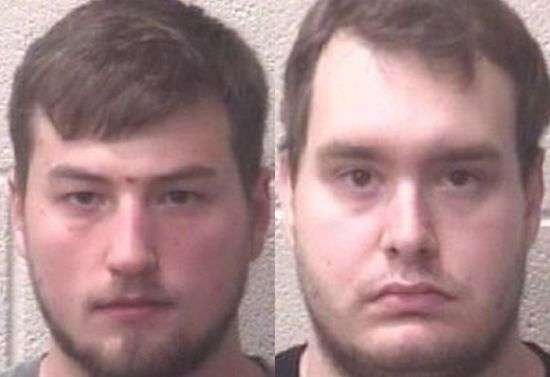 Grant Sydney Martin of Newton and Stephen Perry Howland of Cornelius were arrested last Friday (November 4) by Alexander County Sheriff’s Officers. They’re each charged with felony discharging a weapon into occupied property. In addition, both suspects are charged with misdemeanor counts of injury to real property and injury to personal property.

The two men allegedly engaged in unsafe target practice. On Friday, Deputies responded after a call from a Wittenburg Community resident indicating gunfire had struck their home. The investigation led to a location nearby where two men were firing weapons at targets.

Grant Sydney Martin and Stephen Perry Howland were taken into custody. Martin and Howland were each released on bonds of $7,500. They’re each scheduled to appear in District Court in Taylorsville November 28.