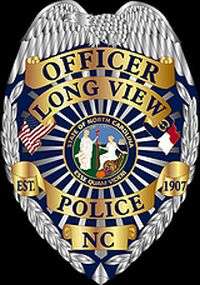 A man shot by his grandfather when he reportedly broke into his house last week has passed away. Long View Police report 34-year-old Jessie DeWayne Gibson died Tuesday night (April 20) at Carolinas Medical Center in Charlotte.

His grandfather remains hospitalized and was last reported to be in stable condition at Frye Regional Medical Center in Hickory. He is being treated for complications that resulted from his grandson assaulting him.

WHKY previously reported on this incident. According to police reports, Jessie Gibson forced his way into his grandfather’s home on 38th Street NW in Hickory last Thursday (April 15) and attempted to steal money from him. Jessie Gibson had his face and head concealed when he broke in, Police say he physically assaulted his grandfather, tried to steal money and pointed a pistol at him.

Jessie Gibson was shot by his grandfather during the attack. According to police, the shooter was home alone at the time of the break-in, and did not realize the assailant was his grandson.

District Attorney Scott Reilly on Wednesday said no charges would be filed against the shooter, and that his actions were justified because he feared for his life and only used deadly force after his grandson pointed a gun at him.