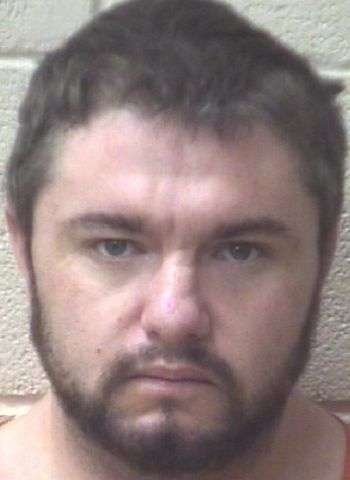 33-year-old Brantly Lee Minton of Stony Point was arrested last Thursday (August 18) by authorities in Alexander County. He’s charged with felony counts of parole and probation violations. Minton is also charged on a magistrates order for misdemeanor interfering with an electronic monitoring device.

As WHKY reported on September 13, 2021, Minton led Alexander County Deputies, Taylorsville Police and the North Carolina State Highway Patrol on a chase that ended when Minton drove through the door of the sally port at the law enforcement center in Taylorsville. Minton was extracted from the vehicle, where he continued to resist officers and refused to follow verbal commands.

Following the most recent arrest, Minton was placed in the Alexander County Detention Center, where he remained as of earlier today (August 23) without bond. A District Court date on the misdemeanor charge is scheduled for August 29. A Superior Court appearance on the felony charges is cheduled for September 19.