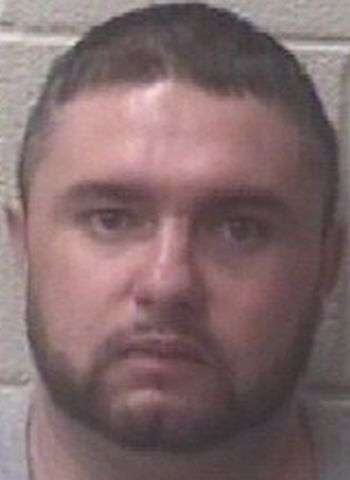 A man who crashed into a jail after leading officers on a chase in Alexander County last year was taken back into custody this week. He’s charged with violating the probation agreement that was imposed in connection to that 2021 incident. 34-year old Brantly Lee Minton of Stony Point was arrested Wednesday (November 16) and charged with felony probation violation and misdemeanor interfere with an electronic monitoring device.

As WHKY previously reported, on September 11, 2021, Minton led Alexander County Deputies, Taylorsville Police and the North Carolina State Highway Patrol on a chase that began in the Vashti Community and ended when Minton crashed his SUV through the sally port at the Alexander County Law Enforcement Center.

The pursuit began when officers responded to calls regarding a driver who was traveling through fences and yards in the Sugar Loaf and Vashti communities. When police found the vehicle, the driver failed to stop, resulting in the chase. The driver, Minton, avoided stop sticks multiple times during the chase. He eventually struck a patrol vehicle, then continued to the Alexander County Sheriff’s Office parking lot, where it crashed through the exit door of the sally port and came to a stop.

Following Wednesday’s arrest Minton was placed in the Alexander County Detention Center under a secured bond of $54,500. A Superior Court date is set for November 28 and a District Court appearance is scheduled for December 5.