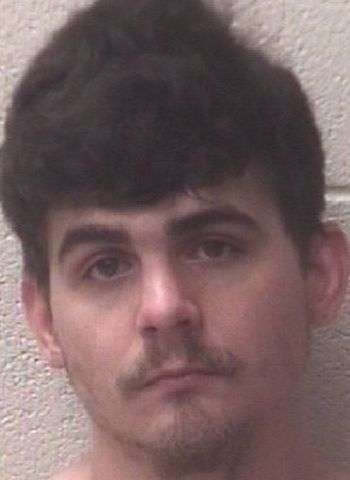 26-year-old Tyler Keith Strawn was arrested Tuesday (October 5) by Alexander County Sheriff’s Officers. He was charged by the Sheriff’s Office with felony possession of a stolen motor vehicle. The Taylorsville Police Department charged him with misdemeanor counts of larceny and shoplifting with concealment of goods.

Acting on a tip, Alexander County Sheriff’s Deputies responded to a location in Hiddenite and recovered a vehicle reported stolen in Mecklenburg County. Tyler Keith Strawn was taken into custody and charged with the stolen vehicle count. He was also served with outstanding warrants from Mecklenburg County.

Strawn also faced the pending charges filed by Taylorsville Police. A long list of other charges are pending against Strawn in Catawba, Union, and Gaston Counties.
Strawn was placed in the Alexander County Detention Center with a secured bond of $15,000. He remained in jail as of earlier today (October 7). A District Court date is scheduled for October 11 in Alexander County. Mecklenburg County District Court dates are scheduled for October 11, November 9, and December 6.

A new County Manager was recently named in Caldwell County. In June of this year,…

A man was killed in a crash in Iredell County Monday (September 6). Shortly after…