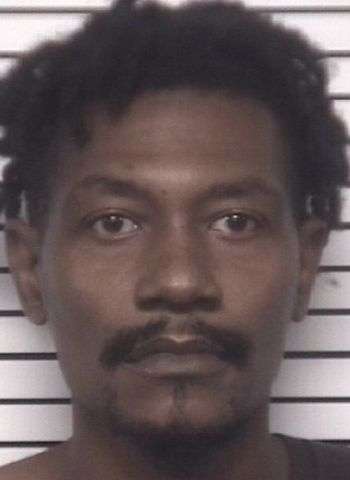 A man is being sought by authorities in connection to a case involving alleged kidnapping, sexual assault, and human trafficking. On Sunday, October 18, 2020 Iredell County Sheriff’s Office Patrol Deputies were called to a local medical facility to a reported assault which stemmed from a domestic violence incident.

When deputies arrived, they met with the victim and learned she had been sexually assaulted as well. The victim went on to say she met the suspect, 40-year-old Akura Laquan Rickett, after he had bonded her out of jail. The victim said they then went to a home in eastern Iredell County where she was drugged, beaten, sexually assaulted and held there against her will.

The investigation was assigned to the Iredell County Sheriff’s Office Special Victim’s Unit. Based on evidence obtained, arrest warrants were issued against Akura Laquan Rickett, for single felony counts of first degree kidnapping, human trafficking, and sexual servitude. In addition, the suspect is charged with six counts of felony assault by strangulation three counts of felony sell or deliver controlled substance, and habitual misdemeanor assault.

Akura Laquan Rickett, who lists an address of 106 JD Lane in Cleveland, NC, has been entered as a Wanted Person by the Iredell County Sheriff’s Office. Anyone with information on where Rickett can be located is asked to call the Iredell County Sheriff’s Office 704-878-3100 or Crime Stoppers at 704-662-1340.
.
Rickett’s criminal history includes assault on a female, resisting a public officer, disorderly conduct, maintain a vehicle for sale of marijuana, felony possession of marijuana, possession of a firearm by a felon, communicating threats, carrying a concealed weapon, aid and abet armed robbery and robbery with a dangerous weapon.