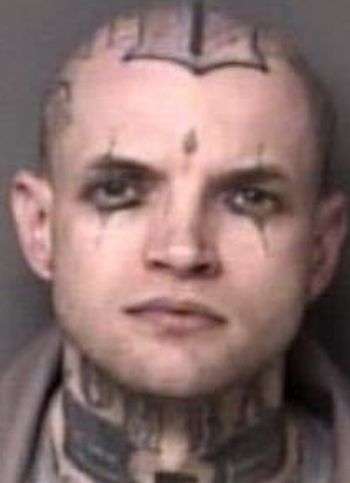 A man who assaulted and robbed the operator of Corner Market on Confederate Road in Lincolnton two-and-a-half years ago is headed to prison. The incident occurred on February 27, 2019. The defendant entered a guilty plea in Lincoln County Superior Court Tuesday (October 6).

35-year-old Billy Joe Franklin III of Cherryville entered a guilty plea to robbery with a dangerous weapon, conspiracy and attempted first degree murder. Franklin was sentenced to 372 months, or 31 years, in prison with credit for 103 days of time served. He was also ordered to pay restitution of $9,000.

Franklin and an accomplice, 30-year-old Jessica Mae Nations of Gastonia, entered the store at approximately 11:15 a.m. on February 27, 2019 and asked to use the telephone. While Nations was on the phone, Franklin came around the counter and assaulted the owner with a knife and his fist. The couple fled in the owner’s mini-van. The two suspects were still in the van when they were apprehended in Alexander County.

Nations was convicted in the case in September, 2019 and has already been released on parole. She served 16 months and was released in January, 2021. Franklin was expected to be transferred to the North Carolina prison system today (October 6) to begin serving his sentence.

Conover Woman Arrested in Hickory for Failure to Appear & Resisting