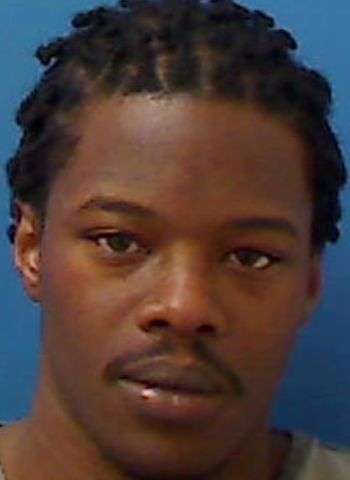 A Taylorsville man will spend at least 10 years in prison following his conviction for attempted first-degree murder, first-degree kidnapping, assault by strangulation, assault inflicting serious injury and misdemeanor assault on a government official.

27-year-old De Andre Jerome Mack was sentenced to serve a prison term of 10 to 13 years after he pleaded guilty during Catawba County Superior Court on Tuesday (November 3). The Honorable Nathaniel J. Poovey, Superior Court Judge from Catawba County, imposed the sentence for the defendant.

Deputies from the Catawba County Sheriff’s Office responded to an apartment complex for a reported stabbing on February 1, 2019, and learned through their investigation that the defendant had assaulted a female victim.

As the victim left her mother’s residence, Mack covered her mouth, threw her to the ground and strangled her. She tried to fight back, but the defendant strangled her until she passed out. When she regained consciousness, Mack stomped on the victim’s face and punched her. He then retrieved a knife, lifted her head and stabbed her in the neck.

Mack finally fled the scene when confronted by one of the witnesses. Witnesses corroborated the victim’s account of the assault and added more information about what happened to deputies.

On July 27, 2019, Mack and another individual who was incarcerated attacked an inmate while being held in jail. They assaulted the inmate, leaving him with a fracture around his eye and bruising. There also was an assault on a deputy, who was thrown to the floor.

Russ Boger and Michael Crisp led the investigation of the attempted murder for the Catawba County Sheriff’s Office, and Investigator Ethan Hoke handled the jail assault. Jamie Adams prosecuted the case for the District Attorney’s Office.

Fatal Crash In Newton Under Investigation

On Thursday (November 19) just before 6 a.m., Newton Police responded to a reported motor…