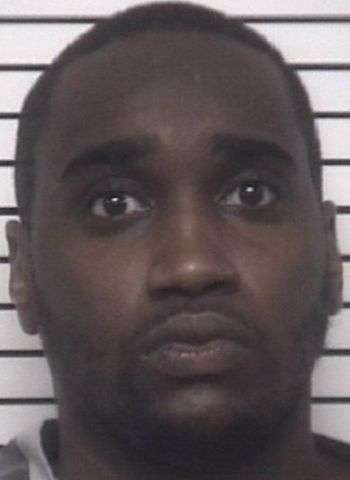 31-year-old Muhammad Zakariyya Abdur-Rahim of York, South Carolina was arrested Monday (August 29) by Iredell County Sheriff’s Officers. He’s charged with felony counts of trafficking fentanyl, possession with intent to sell or deliver fentanyl, assault with a deadly weapon on a government official, possession of a firearm by a convicted felon, possession of marijuana, maintaining a vehicle for the sale or use of a controlled substance, possession with intent to sell or deliver marijuana, and flee to elude arrest. He’s also charged with misdemeanor counts of possession of drug paraphernalia, carrying a concealed gun, and resisting arrest.

On Monday, deputies with the Iredell County Interstate Criminal Enforcement (ICE) Team conducted a traffic stop on a BMW sedan with South Carolina Registration Plates for traffic violations. During the course of the stop, the deputies gained enough evidence necessary to search the car. While searching the vehicle, a concealed handgun and vacuum-packed bags of marijuana were reportedly found.

As the deputies were about to arrest the suspect, Muhammad Zakariyya Abdur-Rahim, he allegedly began to resist and assaulted two deputies. One of the deputies attempted to use a Tazer, but it was unsuccessful. Abdur-Rahim got back into the vehicle and drove away from the deputies. They began pursuing the suspect on Interstate 77 South. Additional deputies responded and deployed stop sticks. However, the suspect was able to avoid them and continued onto Highway 21 South.

The suspect continued to the Lowe’s Hardware parking lot. When he exited the parking lot back onto Highway 21, he accelerated and allegedly rammed a sheriff’s marked patrol vehicle. After the patrol vehicle was struck, Abdur-Rahim continued his attempt to flee. He turned into the Iredell County Health Department where his car became disabled. The suspect then fled on foot for a short distance when deputies took him into custody.

After the suspect was detained, the vehicle was searched. It resulted in the discovery of a compressed brick of fentanyl weighing 1.4 pounds with an approximate street value of $125,400. While the deputies were processing Abdur-Rahim, they determined he is a convicted felon who was released from Federal Prison in 2019 after serving 70 months for firearm-related charges.

Abdur-Rahim was incarcerated in the Iredell County Detention Facility under $500,000 secured bond. He remained in jail as of earlier today (September 1). A District Court date is set for September 20.