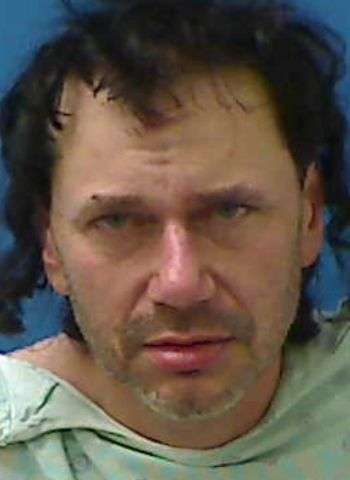 A Vale man will serve a prison term of 17 to 22 years following his conviction for second-degree murder and first-degree kidnapping during Catawba County Superior Court on Monday (August 30).

50-year-old Joseph Wayne Barker was given an active sentence for the April 2019 shooting death of his wife, 43-year-old Crystal Johnson Barker, following his guilty plea. The Honorable William T. Pomeroy, Superior Court Judge from Lincoln County, imposed the sentence. The defendant had no prior felony record and was sentenced at the presumptive level for his crime.

On April 23, 2019, Barker barricaded his wife inside a bedroom of their residence, locking the door and blocking it with his body so their teenage sons could not get inside, and made threats against her. She would repeat the threats he made so the boys could hear, and after each threat, he would pass a weapon outside to his children. He passed two knives and three firearms out of the room before firing a single gunshot from a .22-caliber revolver that struck his wife in the chest and killed her.

The Catawba County Sheriff’s Office STAR Team arrived and found Crystal Barker dead at the home, but Joseph Barker already had fled the scene. After a two-day manhunt that included the Catawba County Sheriff’s Office, North Carolina State Bureau of Investigation and U.S. Marshals, a wrecked vehicle driven by Joseph Barker was found abandoned in Transylvania County, and he was apprehended after being found hiding in a wooded area.

A number of Crystal Barker’s family members were present in the courtroom during Monday’s plea. The victim’s family was in support of the arrangement and did not want to have Barker’s sons testify in a trial setting and endure further trauma.