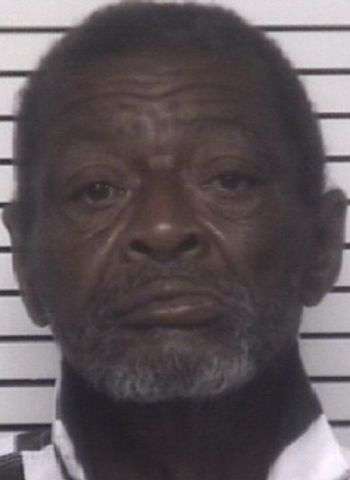 65-year-old Jerry Lee Crews of Winston-Salem was arrested Monday (September 13) by Iredell County Sheriff’s Officers. He’s charged with felony counts of breaking and entering to a place of worship and larceny.

On Monday, Iredell County Sheriff’s Office Road Patrol Deputies were called to respond to a break-in at Providence Methodist Church at 1273 Old Mocksville Road, north of Statesville. When the responding deputies arrived, they noticed that the church office door was not shut. While searching the building for any suspects, they saw numerous pieces of mail laying on floor near the church office.

While continuing to search the surrounding area for suspect, a deputy found a man a short distance away. When questioned as to why he was in the area, the suspect, Jerry Lee Crews, made statements about the church. While continuing to speak with Crews, the officer noticed mail and a Bible near the man.

The reporting party was brought to the church and confirmed that the items seen near the suspect belonged to the church. All mail and the Bible were returned to the church. Crews was arrested and brought to the Iredell County Detention Center where he was jailed under $5,000 secured bond. He remained in jail as of earlier today (September 15). A District Court appearance was scheduled today.

According to the Iredell County Sheriff’s Office, Crews has a criminal history that includes numerous misdemeanor charges including multiple counts of trespassing, assault on a female, assault on a government official, criminal contempt, and possession of marijuana.