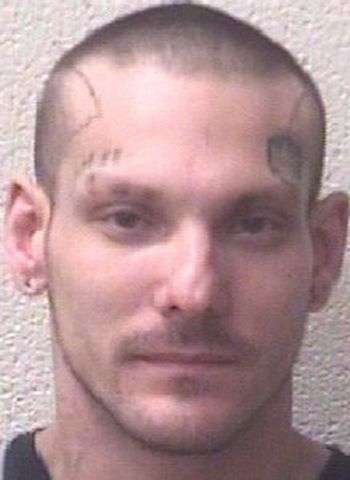 28-year-old Trevor James Huffman, who has previously listed an address in Taylorsville, was arrested Tuesday (March 15) by Alexander County Sheriff’s Officers. He’s charged on a felony warrant as a fugitive from another state.

Huffman was listed as a probation absconder from an unspecified county in Georgia. According to the North Carolina Department of Public Safety website, the suspect’s criminal history in North Carolina includes convictions in Alexander County in 2020 for misdemeanor counts of injury to real property and resisting an officer and in 2013 for misdemeanor possession of drug paraphernalia.

The NCDPS website also says Huffman was also convicted of misdemeanor disorderly conduct in 2010 in Catawba County. There were no convictions listed online for Huffman in Georgia, however he has previously faced charges in that state.

Following Tuesday’s arrest, Huffman was initially placed in the Alexander County Detention Center with a secured bond of $100,000. He remained in jail as of earlier today (March 16) and updated records showed he was being held without bond. A District Court appearance is scheduled for March 21 in Taylorsville.