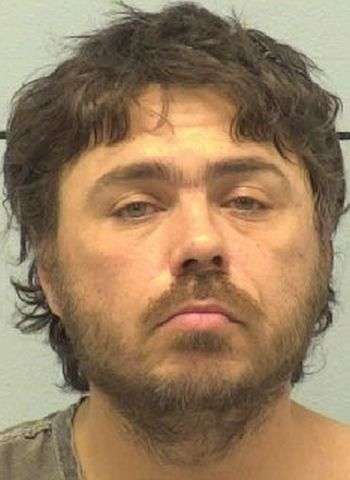 36-year-old Dale Jason West II, who is listed as a homeless person from Morganton was arrested last Friday (November 25) by Morganton Public Safety Officers. He’s charged with felony failure to report a change of address as a sex offender.

Last Friday, shortly after 2:30 p.m. a Public Safety Officer responded to a shopping plaza on East Fleming Drive in Morganton. They were called to the scene due to concerns regarding a suspicious person. When the officer arrived, they met with the suspect, West, who was sitting outside the property. A check of records showed that West had a warrant in his name for failure to report a new address as a sex offender.

West is on the North Carolina Sex Offender Registry as a result of a conviction in September, 2018, in Burke County for sexual battery. The offense occurred in July, 2018 and the victim was 14-years-old at the time of the incident. West registered as a sex offender in February, 2019. His minimum registration period is ten years.

Following his arrest, West was confined in the Burke County Jail under $25,000 secured bond. He remained in jail as of earlier today (November 29). A Superior Court appearance is scheduled for January 3.