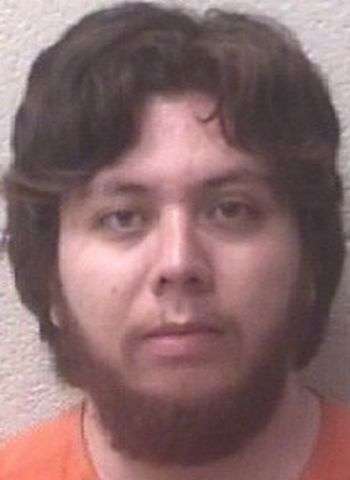 25-year-old Luis Mario Solis Rosso of Houston, Texas, was arrested in connection to charges in Alexander County. He’s charged with five felony counts apiece of first-degree sexual exploitation of a minor and disseminating material harmful to a minor along with a single felony count of solicit child by computer.

A joint investigation by the Alexander County Sheriff’s Office and Taylorsville Police Department began in January 2022 after a tip was received from law enforcement in Houston, Texas. This tip came to the Alexander County Sheriff’s Office in reference to the production of child pornography and child enticement. Shortly after the tip was received, the Taylorsville Police Department was notified.

The investigation to identify remaining victims is still continuing by the Federal Bureau of Investigation Taskforce. The suspect was identified as Luis Mario Solis Rosso. He was arrested by authorities in Houston. Last Thursday (May 5), Alexander County Sheriff’s Officers traveled to Houston to extradite Rosso.

Rosso was also served with warrants from Wake County. Rosso was placed in the Alexander County Detention Center under a $3,250,000 secured bond. A District Court appearance is scheduled for May 23. The investigation is continuing.

32-year-old Martin Lee McGee of Morganton was sentenced to 160 months, or 13 years, four…