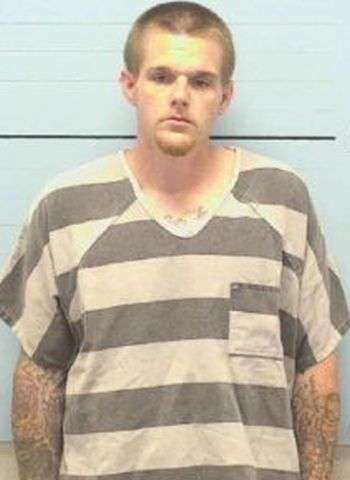 A man was still at-large after he was accidentally released Friday afternoon (July 2) from the Burke County Jail. 27-year-old Vance Edward Hinson, Jr. was mistakenly released according to the Burke County Sheriff’s Office. Investigators were working to determine whether he conspired with an inmate to use another inmate’s identity to get released from the jail.

Reports indicate another inmate was in the process of being bonded out of jail. When jail staff asked for the person to step forward, Hinson pretended to be that person and stepped forward in his place.

According to the North Carolina Judicial Branch website, Hinson faces multiple charges including felony failure to appear on a felony. He reportedly has previous convictions for speeding to elude arrest, possession with intent to sell schedule II controlled substance, simple assault and larceny after breaking and entering.

Hinson should be considered armed and dangerous. If you see this suspect or know of his whereabouts contact the Burke County Sheriff’s Office.

39-year-old Tommy Lewis Martin, Jr., who is listed as a homeless person from Hickory, was…