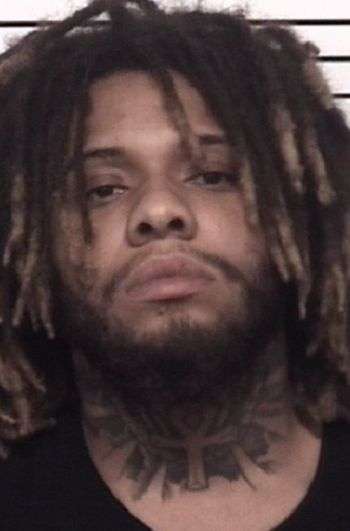 24-year-old Trent Rashod Mangum of Wellshire Street in Mooresville was arrested Monday (October 25) by Iredell County Sheriff’s Officers. He’s charged with felony counts of trafficking opium or heroin by possession and transport, possession with intent to sell or deliver oxycodone and maintain a vehicle for the sale or use of a controlled substance. Mangum is also charged with misdemeanor counts of possession of adderall, alprazolam, marijuana, drug paraphernalia, and marijuana paraphernalia.

On Monday, an Iredell County Sheriff’s Office Deputy conducted a traffic stop on a vehicle at the intersection of Coddle Creek Highway and Fourtrax Drive, south of Mooresville. The driver of the vehicle was wanted on outstanding arrest warrants. The officer searched the suspect and a pill bottle was found in his possession. Inside the pill bottle were dosage units of oxycodone hydrochloride, adderall, and alprazolam. Deputies then searched the vehicle and found marijuana and drug paraphernalia.