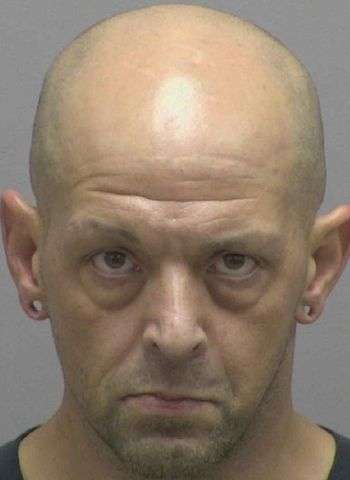 Last month, Lincoln County Sheriff’s deputies were told that a black Honda Accord reported stolen in Charlotte had been in the area around Tucker’s Grove Church Road and Highway 73.
On Thursday, while responding to a shots fired call, a deputy saw the vehicle parked at a residence on Nolen Acres Lane. While discussing the location of the vehicle with another officer, the vehicle was spotted coming out of Nolen Acres Lane and turning on Highway 73.

Deputies conducted a traffic stop near the intersection of Tucker’s Grove Church Road. A check of the license plate revealed it did not belong on that vehicle, which was also reported as stolen out of Charlotte. The driver of the car, Brent Alexander Blankenship, was placed under arrest for possession of a stolen vehicle. The suspect was searched and deputies found a clear baggie of meth and drug paraphernalia in his pocket.

A search of the vehicle turned up additional quantities of meth and marijuana. The meth seized totaled just under 114 grams. Officers also seized the drug paraphernalia and $480 in cash. Blankenship was placed in the Harven A. Crouse Detention Center under a $100,000 secured bond. He is not listed as an inmate in Lincoln County today (September 6). A District Court date is set for September 22.