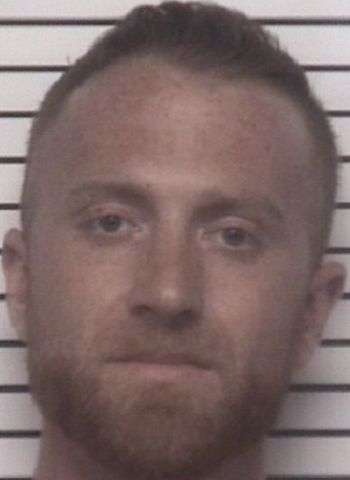 On Monday, employees of Builders First Source in Troutman arrived to work to find the business had been broken into and a safe had been stolen. They immediately called to report the crime. Iredell County Sheriff’s Office Road Patrol Deputies, Criminal Investigators, and Crime Scene Investigators responded to the business to begin the investigation.

After reviewing the business’ security camera footage, investigators learned one suspect had entered the building late Saturday evening and removed a safe with a golf cart which was on the property to drive away with the safe. After reviewing the footage and interviewing employees, an employee of the company who matched the suspect depiction was working in the warehouse area. The suspect was identified as William Herbert Pennell IV.

Pennell was questioned by investigators at the Iredell County Sheriff’s Office. He then consented to a voluntary search of his residence. Upon inviting investigators into his bedroom, clothing matching the suspect depiction from the security camera footage was found in the bedroom closet. The clothing was seized as evidence, and Pennell was arrested.

Pennell was placed in the Iredell County Detention Center under $15,000 secured bond. A District Court appearance is scheduled for November 30.

An Alexander County man received a federal prison sentence for threatening to kill a judge,…