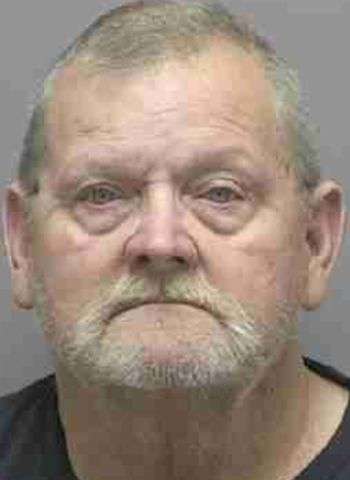 Hay is charged with shooting into an occupied vehicle as the driver was leaving a convenience store in Crouse. Deputies were dispatched to the incident around 5:20 p.m. Sunday after the victim was able to drive a safe distance away and call 9-1-1. The incident occurred at the One Stop Convenience Store on West Old Highway 150.

Responding deputies determined that the suspect, Grover Bradford Hay, fired shots at a vehicle occupied by a man and woman. They were leaving the store after the suspect allegedly confronted the man inside the store while he was at the register. Multiple shots were reportedly fired at the vehicle by the suspect from a handgun. The victims did not know the suspect. No injuries were reported.

A Lincoln County Sheriff’s detective and two Gaston County Police officers located Hay at his residence and placed him under arrest. He was taken before a Lincoln County magistrate and placed in the Harven A. Crouse Detention Center under a $100,000 secured bond. He remained in jail as of earlier today (November 3). A District Court appearance was scheduled Monday (November 2).