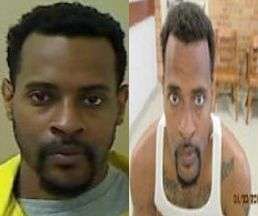 A suspect in an Alexander County home invasion and sexual assault case is being sought by authorities. 35-year-old Julius Santez Williams of Yadkin County is wanted by the Alexander County Sheriff’s Office for felony counts of first-degree rape, first-degree kidnapping, and assault with a deadly weapon with intent to kill inflicting serious bodily injury.

The charges stem from a home invasion incident during which an elderly female was sexually assaulted on July 19, 2020 at a residence in the Hiddenite community. Williams’ last known location as of today (October 16) was in the city of Monroe, NC, where he fled from law enforcement on foot in the early morning hours.

Williams is a registered sex offender. Due to the nature of these crimes, authorities encourage anyone who would come into contact with Williams not to approach him and to contact your local law enforcement agency. He may be in a small white SUV.