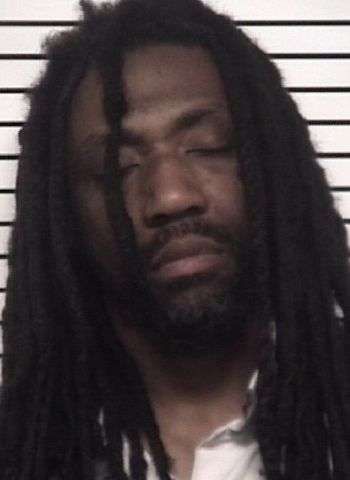 43-year-old Chad Bradley Moore of Fern Hill Road in Troutman was arrested Tuesday (October 20) by Iredell County Sheriff’s Officers. He’s charged with three felony counts apiece of first-degree kidnapping and financial card theft, two felony counts of larceny after breaking and entering, single felony counts of breaking and entering to terrorize or injure, assault with a deadly weapon with intent to kill inflicting serious injury, and assault by strangulation. Moore is also charged with misdemeanor counts of assault on a female and assault with a deadly weapon.

On Tuesday, shortly after 5:00 p.m. a 911 call was received by the Iredell County Sheriff’s Office regarding a home invasion that reportedly occurred at a residence on Fern Hill Road, south of Troutman. The female victim said there were two victims still inside the residence who were tied up.

When deputies arrived, they found a victim in the front yard of the residence. She told them the suspect was a family member, and he had stolen her car and fled the scene. She also said the other victims were still in the residence, and she was unable to get in because the suspect had locked the door, and taken the keys when he drove away

Once inside the home, officers found another victim who was in the process of untying himself. The third victim, an elderly female was still tied up, and in need of medical assistance. Detectives were able to free her, and provided medical care for her until Iredell County EMS arrived on scene. The victim was quickly stabilized, and taken to a local hospital for emergency treatment.

The suspect was identified and confirmed by witnesses as, Chad Bradley Moore, who is related to the victims. They said he came into the residence demanding money, and when they refused, he assaulted them, and tied all three of them up. He then took their credit cards. He then untied one of the victims, and was going to take her with him. She was able to escape from Moore. Moore then stole the victim’s vehicle. This victim was then able to run to another residence where she called 911.

Moore reportedly attempted to use the stolen credit cards. His vehicle was spotted by Charlotte-Mecklenburg officers, who attempted to arrest him. He reportedly led them on a chase which ended when Moore eventually stopped and police took him into custody.

In addition to the Iredell County charges, Moore was also charged with two counts of felony flee to elude arrest by the Charlotte-Mecklenburg Police Department. He was placed in the Iredell County Detention Center under a total secured bond of $770,000. He remained in jail as of earlier today (October 22). A District Court appearance is scheduled for next Monday (October 27).