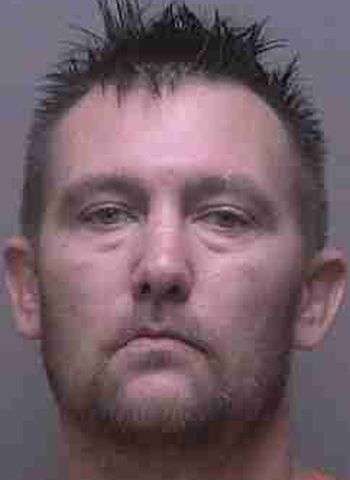 35-year-old David William Reeves of Gastonia Highway in Lincolnton was arrested Sunday (November 22) by Lincoln County Sheriff’s Officers. He’s charged with felony counts of burning personal property and breaking and entering to a motor vehicle along with a misdemeanor count of damage to property.

On Sunday, officers were dispatched to a residence in the 3200 block of Gastonia Highway to a keep the peace call. The call was made so that a woman could remove her property from her ex-boyfriend’s home.

When officers arrived on the scene they were told that the suspect, David William Reeves, had broken into the woman’s vehicle by breaking out a window and that he had allegedly set fire to a neighbor’s pickup truck. The fire was set in a 1984 Ford F150 and partially melted the carpet and damaged the steering wheel.

Reeves was placed in the Harven A. Crouse Detention Center under an $18,000 secured bond. He remained in jail as of earlier today (November 24). A District Court appearance was scheduled today.