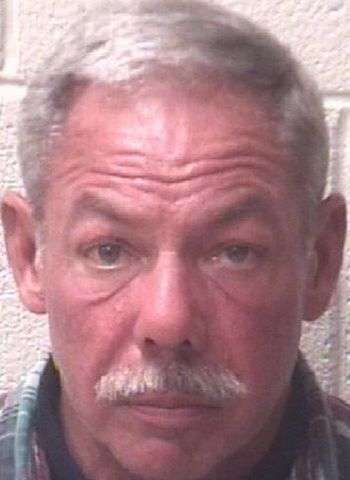 59-year-old John Phillip Barkley of Stony Point was arrested Tuesday (November 16) by Alexander County Sheriff’s Officers. He’s charged with indecent liberties with a student, sexual battery, three counts of misdemeanor stalking and one count of misdemeanor assault on a female.

On Monday (November 15) the Statesville Police Department was notified of a female student at Mitchell Community College who wanted to report that they were being stalked by John Phillip Barkley, the grounds supervisor at the college.

According to published reports, the student told investigators that the stalking started on the Mitchell campus in October. Barkley reportedly followed the alleged victim to and from classes and to her vehicle. It was also reported that Barkley yelled at the victim and he is accused of beating on her car window.

When campus officials were notified of the complaint by the student, Barkley was placed on administrative leave. He was arrested by the Alexander County Sheriff’s Office Tuesday and placed in the Alexander County Detention Center, where he remained as of earlier today (November 17) under $10,000 secured bond. A District Court appearance is scheduled for December 13 in Iredell County.

Man Sentenced To Life In Prison After Conviction In Murder Case