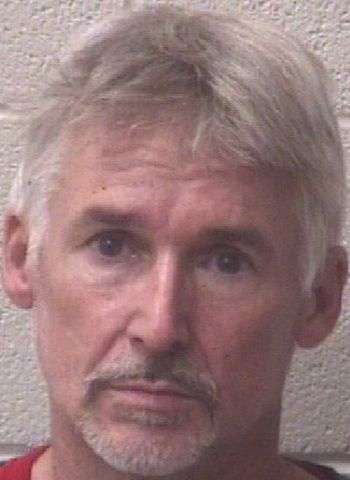 At approximately 9 a.m. Thursday, an Alexander County Sheriff’s Deputy recognized a suspect operating a vehicle near the intersection of Highway 127 and US 64-90. The Deputy knew that warrants were outstanding for the driver. Blue lights and siren were activated but the suspect fled onto All Healing Springs Road. The driver refused to stop and turned onto Lambert Fork Road eventually driving into a field and fleeing on foot into a wooded area.

Additional Sheriff’s Deputies along with Taylorsville Police, troopers with the North Carolina State Highway Patrol, officers with the N.C. Department of Corrections and N.C. Probation and Parole, and Alexander Emergency Services all responded.Alexander County’s K9 Officer along with Bloodhounds from the State Department of Corrections searched the area.

At approximately 11 a.m., Bobby Gene Simmons was taken into custody. He was jailed in the Alexander County Detention Center under $25,000 secured bond. He remained in jail as of earlier today (November 19). Simmons has a Superior Court date November 29 and a District Court appearance scheduled for January 3.

Simmons was convicted of assault with a deadly weapon with intent to inflict serious injury in 2018 in Alexander County. He was given a 36 month suspended sentence and was granted probation.

Investigation Continues Into Murder Of Two Victims In May 2020

The Hickory Police Department is continuing to investigate a May, 2020, double murder. On May…