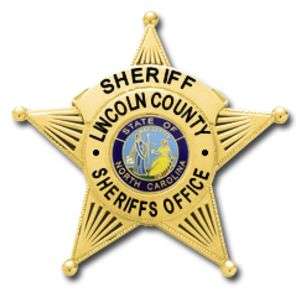 Deputies were on routine patrol when they were dispatched to a verbal disturbance at the Murphy Express Convenience Store on Highway 73. While clearing that call officers saw an individual exit the store who appeared to be under the influence. The man made a comment to the officers and as they walked toward his vehicle, he then sped away at a high rate of speed traveling into the Lowe’s Hardware parking lot and then west on Highway 73.

Deputies activated their emergency equipment and pursued the vehicle, a 2014 Honda Accord which had no headlights on. During the 2.2 mile pursuit, the suspect crossed the center line several times before running off the right side of the road near Ingleside Farm Road. The vehicle struck a ditch and overturned multiple times before coming to a stop.

The driver, identified as Michael Thomas Morrison, was ejected from the vehicle. He was treated at the scene by Lincoln County EMS then transported to Atrium Health – Main in Charlotte. Deputies checked on his condition Sunday (July 11) and were told by hospital staff that Morrison was in stable condition.

The warrants have not been served yet, pending Morrison’s release from the hospital. The North Carolina State Highway Patrol is assisting with the investigation.